It was established as a concept of a “system of systems” by Admiral William Owens in 1996 in a report published by the Institute for National Security Studies. Learn what network-centric warfare is. History, and more.

What Is The Network-Centric Warfare?

Network-centric warfare(NCW), also known as network-centric operations or net-centric warfare, is a military doctrine or theory of war that seeks to convert an information advantage enabled in part by information technology into a competitive advantage through the robust computer networking of geographically dispersed forces. It was introduced in the 1990s by the United States Department of Defense.

In other words, Network-centric warfare is a new war theory emerging in the Information Age. At its most basic, it represents the military’s response to the Information Age. Network-centric warfare refers to the mix of strategies, new tactics, techniques, procedures, and organizations that an entirely or partially networked force can use to gain a decisive warfighting edge.

How do networked military forces act, perform, and organize themselves?

Military forces act, perform, organize themselves, and experience situations with networked details, which means all military forces conducting military operations at war’s tactical and operational levels gain a significant advantage over opponents because of shared situational awareness. Network-Centric Warfare theory has applicability at all three levels of warfare: strategic, functional, and tactical, and across the full range of military operations, from primary combat operations to stability and peacekeeping operations.

The concept of network-centric warfare dates back to 1996 when Admiral William Owens established the idea of a “system of systems” in a report published by the Institute for National Security Studies. Owens described the haphazard development of a system of intelligence sensors, command and control systems, and precision weapons that permitted greater situational awareness, quick target evaluation, and distributed weapon assignment.

The term “network-centric warfare” and related concepts were initially used in the Department of Navy document “Copernicus: C4ISR for the Twenty-First Century.” This document documented the ideas of networking sensors, commanders, and shooters to flatten the hierarchy, eliminate operational pause, improve precision, and boost command speed. However, network-centric warfare as a unique idea first appeared publicly in a 1998 U.S. Naval Institute Proceedings article by Vice Admiral Arthur K. Cebrowski and John Garstka.

The U.S. Department of Defense (DOD) has required that the Global Information Grid (GIG) be the primary technical foundation to support U.S. network-centric warfare/network-centric operations. According to this mandate, the GIG will eventually connect all advanced weapons platforms, sensor systems, and command and control centers. The term “system of systems” is frequently used to characterize the outcomes of such enormous integration initiatives.

Net-Centric Enterprise Solutions for Interoperability (NESI) provide practical guidance that satisfies the United States Department of Defense’s network-centric warfare goals at all stages of purchasing net-centric solutions. The advice in NESI is derived from higher-level, more abstract notions presented in numerous directives, policies, and requirements, such as the NCOW RM and the ASD(NII) Net-Centric Checklist.

Increasing the information accessible to commanders does not always result in better knowledge or help them make better decisions. Therefore, the function of communication in NCW is evident. Still, much more must be known about how humans communicate, absorb, and make sense of accessible information before making decisions. The assumption that more knowledge is better is not always correct. While acquiring knowledge improves intelligence, it must also promote comprehension and decision-making. Along with the information element, there are challenges, such as recognizing the applications’ capability, for example, knowing the properties and limitations of the Decision Support System (DSS).

An information management plan aims to increase people’s capacity to find and understand data when they receive it. Team decision-making and situation assessment are diffused in both time and space in a network-centric context. A shared understanding among team members of the impact, importance, and quality of pertinent information items is vital in selecting a practical course of action. The emphasis must be on the smallest amount of information that must be transmitted, how to capture that information, and how to present it.

“Chat” has become a dominating communication mechanism in the United States, NATO, and Coalition Forces. Chat tools are built to suit user needs in a dynamic environment based on a compilation of many stakeholders and inputs. Implementing these chat tools increases efficacy and efficiency by facilitating situational awareness. They give users rapid access to chat information and superior archiving and retrieval capabilities, in addition to reducing timely message generation, transmission, receipt of user identification, and the like. Roadmaps for NCW are being developed in advanced countries’ militaries in two dimensions simultaneously to improve total warfighting capacity.

The first dimension is the network dimension, which refers to the physical systems that connect sensors, commanders, and those involved in confronting the opponent. The second component is the human dimension roadmap. Computer Network Assurance (CNA) Corporation, USA, and ThoughtLink Inc. conducted “SCUDHunt” game-based studies to investigate shared situational awareness in an NCW environment between 2000 and 2002. It shows that individual team performance had a higher impact on mission effectiveness than any technological aspect. Good team relationships, professional competence, and the capacity to employ technology significantly contributed to mission effectiveness. Team dynamics remained the most significant of these. This emphasized the relevance of the human element in the networked force of the future and the importance of professional expertise.

The adoption of NCW is, first and foremost, about human behavior, not information technology. The noun “network” is a noun, yet “to network” is a verb. As a result, while assessing the extent to which a particular military institution, or the Department as a whole, is leveraging the power of NCW, we should focus on human behavior in a networked context.

A networked force conducting network-centric operations (NCO) is a critical enabler for U.S. troops to undertake effects-based operations. EBO is a “series of acts that alter the conduct of friends, neutrals, and opponents in peace, crisis, and war.” EBO is not a new kind of warfare, and it does it replace any of the existing forms of combat.

Throughout history, decision-makers have attempted to establish conditions that would allow them to attain their aims and policy goals. Likewise, military commanders and strategists have tried to plan and execute campaigns to generate these conditions—a strategy known as “effects-based” in today’s parlance. EBO in the twenty-first century, enabled by networked forces, is a methodology for planning, executing, and assessing military operations to achieve particular impacts that result in desired national security results.

Many U.S. allies and international partners’ armed forces are swiftly entering the NCW field and building network-centric capabilities of their own to undertake EBO. When we conduct military operations with our allies and multinational partners today and in the future, we want to get the most significant possible benefit from the might of NCW.

At the same time, it should be no surprise that our adversaries and potential adversaries worldwide may seek to acquire network-centric capabilities on their terms to use them against enemies when conducting surveillance, planning operations, or carrying out attacks. Terrorist organizations are likely to be researching the vulnerabilities and weaknesses of networks and intending to exploit them in the future.

The importance of the human component in creating Network-centric warfare capabilities is well accepted. However, it is still the least understood, experimented on, and explored subject in many countries. Our challenges in conceptualizing the human factor and its complexities are arguably why it has lagged in Network-centric warfare-related material advancements. The notion that material increases alone will not provide the desired mission benefits is well acknowledged. Still, concerted work to successfully link doctrine, organization, training, equipment, leadership, and personnel enhancements has been unusually slow in the Indian Military. There is a clear need to reconsider the emphasis on the human dimension of Network-centric warfare. 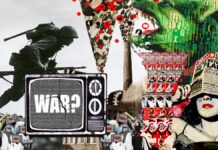 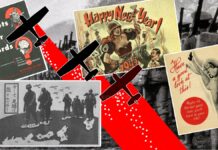 Global Information Grid: A Worldwide Network of Information Transmission and Processing in Military