Great scientist Newton told us that Time is absolute and uniformly ticks throughout the universe. But Einstein disagreed with Newton and gave us a revolutionary idea that “time is relative.” He gave us the famous theory of relativity, which is now the basis of modern physics. But there is some paradox that arose with this theory due to time dilation; one of them is the twin paradox.

However, we have many explanations for these paradoxes, but the question is how does Time appear? Faster or slower. The answer lies in the fact that the universe has more than four dimensions, and Time which we assume to have a single size, is made up of more than two dimensions, and that’s the actual reason why we find sometimes it moves faster while sometimes it moves slower. Just as justify goes through every possible size and appears weak in three or four dimensions, and that’s precisely the case with Time; we can relate its faster and slower speed at different places of the universe with Time’s multidimensional nature.

What is Multidimensional Time?

Multidimensional Time means the possibility of more than one dimension of Time. The concept of multifaceted Time has occasionally been discussed in physics, philosophy, folklore, and fantasy literature. However, the simplest explanation has been explained by Ankit Thapliyal from HNBGU, Dehradun, which we have discussed below.

Because we observe it in only three dimensions and not in all sizes, it appears weak, but that is not the truth; it is weak in three dimensions because it flows through all possible dimensions (more than three). Now let’s discuss this analogy with Time. Suppose there is not a single dimension of Time but multidimensions of Time. Then what will happen? Here we can suppose that Time flows in more than one dimension, but we observe only a one-dimension component of that Time.

Depending upon the relationship between the actual time axis and the component-time axis we observe, it may dilate or seem to us to go faster. So, in general, we can say that Time flows in multidimensionality, and we keep it in one dimension. This is not the actual time but the single component of that time, and that’s why we feel sometimes it’s going/flowing faster and sometimes it’s flowing slower.

Multidimensional Time According to Physics

According to some theories in physics, there is more than one Time dimension. The extra dimensions could be analogous to ordinary Time, compacted like the different spatial dimensions in string theory or components of a complicated time system. According to Itzhak Bars, “The 2T-physics approach in d+2 dimensions gives a highly symmetric and unified version of the phenomena described by 1T-physics in d dimensions,”

However, the metric signature of the F-theory depicts a 12 Dimensional spacetime with 2 Time dimensions (10,2). The presence of a well-posed starting value problem for the ultra-hyperbolic equation (a wave equation with multiple time dimensions) shows that initial data on a mixed (spacelike and timelike) hypersurface obeying a nonlocal constraint evolves deterministically in the remaining time dimension. Like other complex number variables, difficult Time is two-dimensional, with one actual and one imaginary time dimension, transforming Time from a natural number line to a complex plane. The Kaluza–Klein theory can be generalized by introducing it into Minkowski spacetime.

Suppose there is more than a one-time dimension. In that case, Max Tegmark argues that the behavior of physical systems cannot be reliably predicted given knowledge of the relevant partial differential equations. Intelligent life capable of managing technology could not exist in such a universe. Furthermore, protons and electrons would be unstable and may decay into particles with a mass greater than their own. (This isn’t an issue if the particles are kept at a low enough temperature.)

Multidimensional Time According to Philosophy

The idea of Time is one of the most fundamental concepts in philosophy. It is also crucial to our understanding of the world and has been a central concern for philosophers, natural scientists, and theologians. The philosopher’s conception of Time can be divided into two main types: linear and cyclical. Linear concepts of Time are based on an ontology that includes some form of progress or evolution (e.g., dialectical materialism). Cyclical conceptions are based on an ontology that provides for repeating patterns (e.g., eternal return).

Various time aspects seem to permit the breaking or re-requesting of circumstances and logical results in the progression of any one element of Time. Applied challenges with numerous actual time aspects have been brought up in present-day logical ways of thinking.

J. W. Dunne postulated an infinite hierarchy of time dimensions, inhabited by a corresponding hierarchy of levels of awareness, to solve the problem of subjective time passage. Dunne proposed that the second dimension of Time was required in the context of a “block” spacetime, as depicted by General Relativity, to gauge one’s progress along one’s timeline. This necessitated the existence of a conscious self-level at the second level of Time. However, the same logic applied to this new level, necessitating the third level, and so on in an endless regress.

A “superlative general observer” existed in eternity at the end of the regress. In his 1927 book An Experiment with Time, he published his hypothesis about precognitive dreams, and in The Serial Universe, he explored its applicability to contemporary physics (1934). Although writers such as J. B. Priestley acknowledged the potential of his second-time dimension, his endless regress was attacked as logically unsound and useless.

Multidimensional Time According to Fiction

The concept of Time is often represented as a linear progression of events. However, according to fiction, there are many other ways in which Time can be defined. Some examples of these representations are cyclical, recursive, and parallel. Fairy tales have historically had many distinct timelines in which Time moves at various rates. In some of their most renowned works, fantasy writers such as Inklings, J. R. R. Tolkien, and C. S. Lewis have used these and other multiple time dimensions, such as those hypothesized by Dunne. Tolkien appropriated them for Lórien’s period in The Lord of the Rings, while Lewis used them in The Chronicles of Narnia.

According to Newton’s perspective, Time was outright and consistently ticking all through the universe. Yet, from Einstein’s point of view, Time is relative, and it’s not uniform all through the universe. In certain spots, it moves quicker in any case (as dark openings or places of the high gravitational field), it moves slower. Likewise, the clock of moving spectator generally shows an uptick gradually in another reference outline, yet it ticks regularly in its reference outline. Presently, researchers have anticipated multiple aspects, so it is Time that has more than one aspect, and it’s the parts of time pivot which we see in our day-to-day routine because of our restrictions.

Contingent on the point of the tendency of the genuine-time hub with part-time pivot, the two parts differ, and that is why we feel Time at some point moves quicker, yet, in some cases, it moves more slowly. This way, the real secret of time enlargement and change in its stream rate at better places exists in the Time multifaceted hypothesis. A further variety of points that a real-time hub makes with a part-time pivot relies on the gravity and speed of the object. As gravity changes, detectable Time parts pivot transforms; it likewise changes with changing pace, and that is the entire explanation of progress in-stream pace of Time at various spots of the universe. 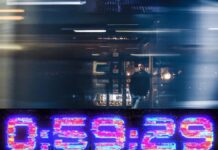