Nuclear winter has a severe and prolonged global climate cooling effect caused by large-scale fire smoke after a nuclear war. During this situation, the sunlight does not reach the surface of the Earth due to the massive change of smoke. Due to this, for a long time on Earth, it has become full of radiation and dark and icy conditions.

In the Second World War, about 1,29,000 people died from the atomic bomb called the little boy in Japan by the US. Which was the only use of nuclear weapons for war in history? The consequences of atomic weapons during the cold war that lasted from 1947 to 1991 were limited only to the damage and radiation caused by the explosion. But in the modern era, it can take an even more terrible form. Know further how –

In 1983, research on Nuclear winter was carried out by Carl Sagan and many scientists, in which the situation after nuclear war was researched by computer models and computer simulation, which found that atomic war can create a rare and terrible situation.

According to computer models and computer simulations of Nuclear winter, if nuclear war takes place on a global scale, it will dissolve about 100 million tons of smoke ash in the atmosphere immediately. Shortly after, 10% to 25% of the smoke will fall on the Earth as black and acid rain. The remaining ash and smoke will make up to 90% of the sunlight.

Due to this, the average temperature on the Earth’s surface will fall to about -25 ° C. Across Asia and Europe, temperatures will go up to -30 ° C. Due to such working temperatures, crop and agricultural systems will be destroyed. With this, you can only guess how much danger humanity can pose by nuclear war.

Whether or not nuclear war will happen is difficult to say. But we should be prepared in advance to avoid any such artificial situation.

India is the fourth country in the world after America, Russia, and Israel to have such a strong defense shield. India can destroy any nuclear missile in the air with its defense shield.

What is Nuclear Winter? | Video explanation. Existence: Is Your Reality a Complex Computer Simulation? 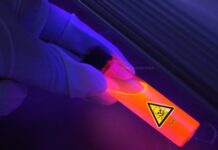 Coronavirus From Its Origin To The Pandemic