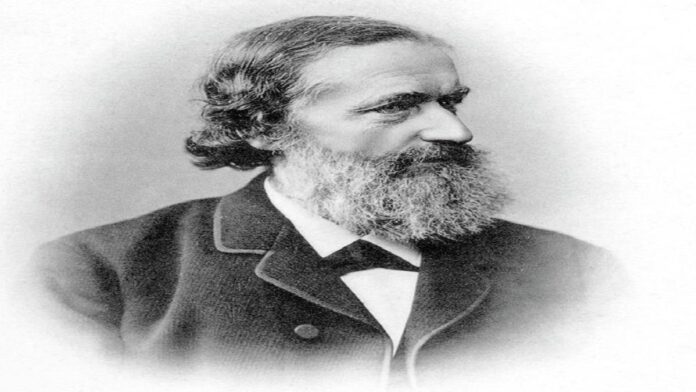 Gustav Kirchhoff is a German physicist who contributed to explaining the emission of Black Body Radiation by Electrical Circuits Spectroscopy and hot objects. Gustav Kirchhoff coined the Black Body Radiation in 1862, with at least two different sets of concepts we know as “Kirchhoff Laws.” The Bunsen-Kirchhoff Award was named after him and his colleague Robert Bunsen in spectroscopy. Know in detail about his life in this article.

Gustav Kirchhoff was born on 12 March 1824 in Konigsberg, Prussia, Germany. His full name was Gustav Robert Kirchhoff. His father was Friedrich Kirchhoff, a lawyer, and his mother was Johanna Henriette Wittke. His family was originally Lutherans means Western Christians in the Evangelical Church of Prussia. Gustav Kirchhoff graduated from Albertus University of Königsberg in 1847, where he attended mathematics and physics seminars directed by Carl Gustav Jacob, Franz Ernst Neumann, and Friedrich Julius Richelot.

After then, he was called to Heidelberg University in 1854, where he collaborated with Robert Bunsen in spectroscopy work. In 1857, he calculated how an electric signal travels at the speed of light in an unshielded wire.

In 1857, Gustav Kirchhoff married Clara Richelot, who had five children; after Clara passed away, he married Luise Brömmel. In 1859, Kirchhoff proposed the law of thermal radiation after his electric signal experiment, and in 1861 gave proof of this.

Kirchhoff and Bunsen invented the spectroscope, which Kirchhoff used to identify elements in the Sun. And thus, the use of spectroscopes in 1859 showed that the Sun contained sodium. Kirchhoff and Bunsen discovered cesium and rubidium elements in 1861, and in Heidelberg, they conducted a mathematics-physical seminar on the model of Neumann’s with mathematician Leo Koenigsberger.

Which he also used to describe his and Bunsen’s works in detail. He contributed significantly to the field of spectroscopy by formulating the three Laws of Spectroscopy, which represent the light and spectral composition emitted by a hot object. These Laws from Kirchhoff support spectrum analysis by David Alter and Anders Jonas.

In 1862 Kirchhoff was awarded the Rufford Medal for his research on the inversion of fixed lines of the solar spectrum and bright light lines of synthetic spectra; thus, in 1875, Kirchhoff accepted the first honor in Berlin devoted exclusively to theoretical physics. Later, Kirchhoff contributed to optics and provided a solid basis for Huygens’s theory to solve Maxwell’s equations. Gustaf Kirchhoff also became a member of the Royal Netherlands Academy of Arts and Sciences in 1884.

Gustav Robert Kirchhoff died on 17 October 1887. However, contribution to the science of Kirchhoff Electric circuit spectroscopy and black body radiation will constantly be developing modern science.

The first law of Gustav Kirchhoff’s circuit laws is that the algebraic sum of currents in a network of conductors found at a point (or node) is zero. The second rule is that in a closed circuit, the directed sum of voltages in a closed system is zero.

Gustav Kirchhoff’s three laws of spectroscopy – a solid, liquid, or dense gas excited to emit light will radiate in all wavelengths and thus produce a continuous spectrum. A low-density gas excited to emit light will do so at specific wavelengths and has an emission spectrum. If light forming a constant range passes through a quiet, low-density gas, the result will be an absorption spectrum. Gustav Kirchhoff did not know about the energy levels in atoms. The existence of discrete spectral lines was later explained by the Bohr model of the atom, which helped quantum mechanics advance.

Kirchhoff showed in 1858 that, in thermochemistry, the heat dissimilarity of a chemical reaction is given by the difference in the heat capacity between the products and the reactants. The integration of their equation allows the evaluation of the heat of the reaction at one temperature from the response at another temperature.