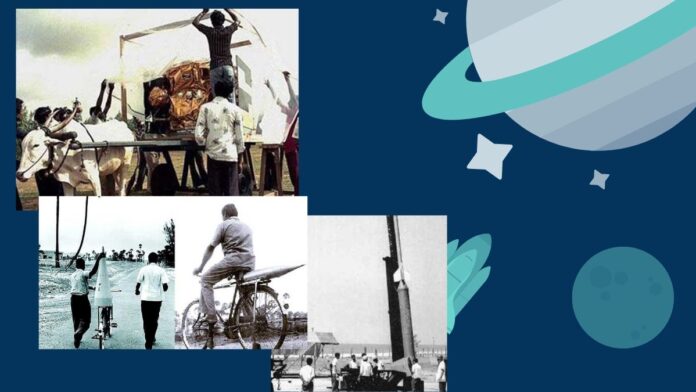 How ISRO became one of the world’s largest space organizations?, Know from ISRO’s history to future projects, in this article of History of Isro.

Establishment and Development of ISRO –

ISRO (Indian Space Research Organization) began in India in the 1920s, when scientist S.K. Mitra conducted a number of experiments for the sound of the ionosphere by implementing a land-based radio system in Kolkata. Later, other Indian scientists such as C.V. Raman and Meghnad Saha contributed greatly to the scientific principles applied in Space Science. The period after 1945 was a period when significant developments were made in space research in India.

Vikram Sarabhai (who was the founder of the Physical Research Laboratory in Ahmedabad) and Homi Bhabha (who was founded of the Tata Institute of Fundamental Research in 1945.) were two scientists who first contributed greatly to the development of ISRO. Engineers from Indian Ordnance Factories were thus involved in the development of ISRO to demonstrate their knowledge of propellants and advanced metallurgy, which was done because of the expertise in propellants and advanced metallurgy at that time. The Ordnance Factories were the only organizations to receive them.

Initial experiments in space science included the study of cosmic radiation. Then high altitude and air tests, deep underground experiments in the Kolar mines and the study of the upper atmosphere – studies were carried out at research laboratories, universities and independent locations. Thus space research was further encouraged by the Government of India.

In 1950, the Department of Atomic Energy was established, which was used to provide funds for space research across India. During this time, tests on meteorology and aspects of the Earth’s magnetic field continued. Studies on meteorology and the Earth’s magnetic field were being carried out since the establishment of the Observatory in Colaba in 1823. When Soviet Union successfully launched Sputnik 1 in 1957, only then did the possibilities open for the rest of the world to launch a space.

Later INCOSPAR was named ISRO and Indian Space Research Organization formed in 1969. And Vikram Sarabhai provided the necessary direction to work in the development of ISRO, recognizing the role and importance of space technology in the development of a nation. Thus ISRO began to work on its mission to provide space-based services to the nation and develop Space Science technology independently.

Aeronautical Development of the Defense Research and Development Organization (by Press Information Bureau, Government of India) as a scientist after completing his studies from Madras Institute of Technology in 1960, becoming a member of Abdul Kalam Defense Research and Development Service (DRDS) Joined the establishment. ). He started his career by designing a small hovercraft, but did not live up to his liking for a job at DRDO,

Kalam also became part of the INCOSPAR committee working under the noted space scientist, Vikram Sarabhai. In 1969, Kalam was transferred to the Indian Space Research Organization (ISRO), where he was the Project Director of India’s first Satellite Launch Vehicle (SLV-III), which successfully launched the Rohini satellite into near-Earth orbit in July 1980. Posted. Kalam started work on an expandable rocket project independently in DRDO in 1965. In 1969, Kalam gained government approval and expanded the program to include more engineers.

Establishment of Department of Space (DOS) –

These rockets have launched several communication satellites and Earth observation satellites. Satellite navigation systems such as GAGAN and IRNSS have also been launched. In January 2014, ISRO also used an indigenous cryogenic engine at the GSLV-D5 launch of GSAT-14.

ISRO launched a lunar orbiter, Chandrayaan-1, into the lunar polar orbit on October 22, 2008, which later detected water on the moon. And on 5 November 2013, a Mars orbiter, Mars Orbiter Mission which entered Mars orbit on 24 September 2014, became the first nation to succeed in its first attempt at Mars, and the world’s fourth space agency as well as Mars Asia’s first space agency to reach orbit.

On 18 June 2016, ISRO launched twenty satellites in a single-vehicle and on 15 February 2017 ISRO launched 104 satellites simultaneously in a rocket (PSLV-C37) which is a world record. ISRO launched its heaviest rocket, the Geosynchronous Satellite Launch Vehicle-Mark III (GSLV-MK III), on 5 June 2017 and put the communication satellite GSAT-19 into orbit. With this launch, ISRO was able to launch 4 tons of heavy satellites in the GTO.

ISRO successfully launched the Chandrayaan-2 spacecraft from GSLV MkIII-M1, the geosynchronous satellite launch vehicle, on 22 July 2019. The mission was launched by Geosynchronous Satellite Launch Vehicle Mark III (GSLV Mk III) on 22 July 2019 at 2.43 am IST (09:13 UTC) from the second launch pad on the Moon. It reached the lunar orbit on 20 August 2019 and started the orbital position for the landing of Vikram Lander. The Vikram Rover was scheduled to conduct scientific experiments on latitudes near the moon, about 70 ° south in the southern polar region, at about 1:50 am on 7 September 2019 and for a lunar day.

However, the lander deviated from its intended trajectory starting at an altitude of 2.1 kilometers (1.3 mi) and lost communication when the touchdown was confirmed. ISRO Chairman K. Sivan has confirmed in a preliminary report, reporting a crash accident, that the location of the lander has been found, and “it must have been a difficult landing”. “Orbiter”, part of the mission with eight scientific instruments, is on and will continue its seven-year mission to study the moon.

To Serve the Nation

To achieve complete self-sufficiency in the context of these applications, it was necessary to develop a cost-efficient and reliable launch system, which took shape as the Polar Satellite Launch Vehicle (PSLV). The famous PSLV has now moved on to become a preferred carrier for satellites from various countries due to its reliability and cost-efficiency, which promotes unprecedented economic cooperation. Geosynchronous Satellite Launch Vehicle (GSLV) was developed keeping in mind the heavy and high demand for geosynchronous communication satellites.

Apart from technical capability, ISRO has also contributed to science and science education in the country. Various dedicated research centers and autonomous institutes for remote sensing, astronomy, and astrophysics, atmospheric science and space science in general function under the aegis of the Department of Space. ISRO’s own lunar and interplanetary missions as well as other scientific projects promote scientific education, and in addition provide valuable data to the scientific community that enriches science.

List of all the satellites launched by ISRO so far

list of all satellites launched by isro till now

Future readiness is the key to maintaining an edge in technology, and ISRO strives to adapt and enhance its technologies to develop the country’s needs and ambitions. Thus, with the development and use of ISRO heavy-lift launchers, human spaceflight projects, reusable launch vehicles, semi-cryogenic engines, single and two-stage to orbit (SSTO and TSTO) vehicles, composite materials for space applications. Is moving forward. 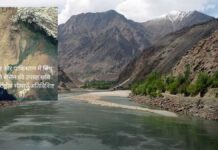